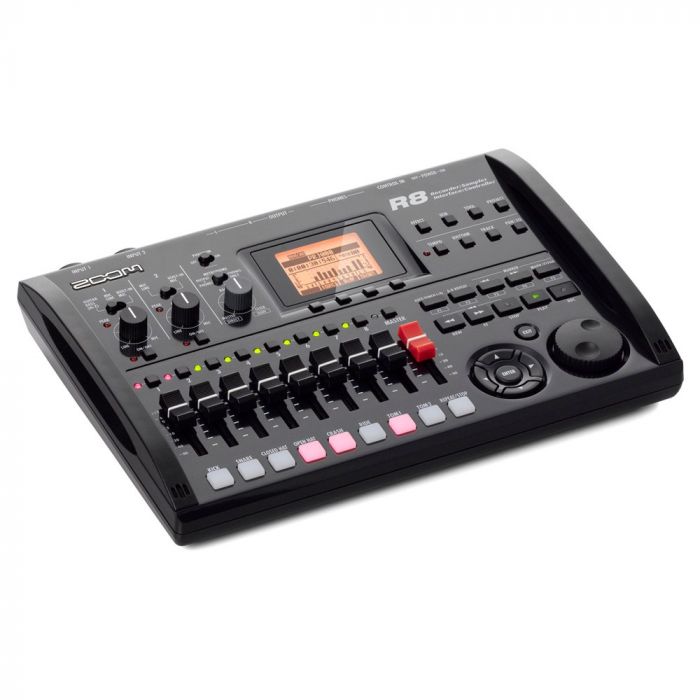 Providing 2-track WAV 48kHz 44.1kHz at 16-bit or 24-bit recording and 8-track playback, the Zoom R8 is a great multi-track digital recorder. Like the Zoom R24, the R8 is equipped with more than 150 DSP effects including guitar amp models and mastering effects and a 24-voice pad sampler, making the it a full-function audio production center. The Zoom R8 also provides full mixing and transport controls for Cubase, Logic, Sonar and more as a Mackie Control emulation USB control surface. Plus you can use the Zoom R8 as an 2-input x 1 output USB audio interface, further increasing the functionality of the Zoom R8.