Order now, and this can be delivered by: Thursday, October 06 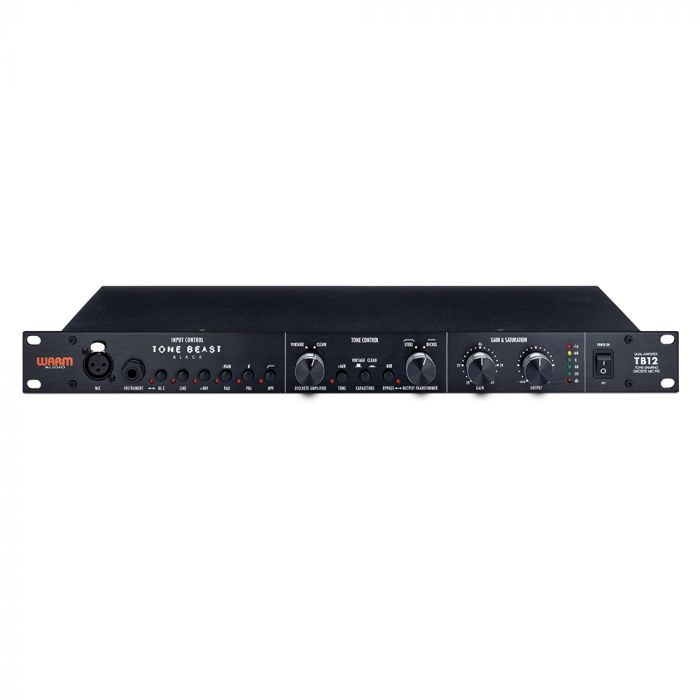 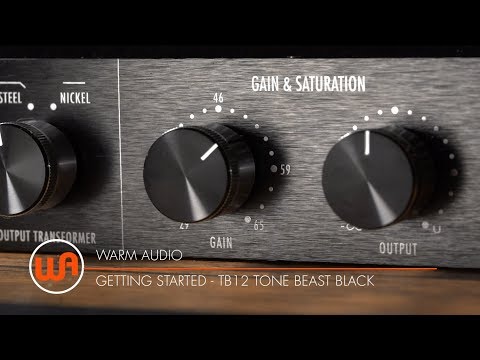 The TB12 Tone Beast Black is a fully professional preamp design with loads of gain that can effortlessly capture an array of sources very well. It is a swiss army knife full of options and tones. With top-notch CineMag transformers and multiple discrete signal paths, it's hard to beat the Tone Beast's big, bold, fully-professional sound at this price.

The Tone Beast Black is a mic pre that likes to be pushed and when pushed will colourize your signal ever so sweetly. The 2 opamps and 2 output transformers at the flip of their switches won't appear to be much different, but as one drives the pre into harmonic distortion, the unique character of each of these components becomes apparent. The Tone Beast Black is customizable and allows users to source and swap in their own opamps. The output control on the TB12 allows you to limit the signal exiting the preamp even when pushing the gain to really hot levels, giving you maximum control.

The TB12 "Tone Beast Black" is a fully discrete, high-voltage microphone preamplifier, utilising CineMag USA Transformers. Have no fear of hurting the Beast, you can push it very hard into full-on distortion if you wish, and these can sound quite nice on electric guitar, bass or anything else that likes some grit.

The different component options in the TB12 are subtle, but when driven into saturation are noticeable and can make a big difference to the way your final mix will sound. Home-based musicians and professional studios alike will find the Tone Beast Black to be an extremely powerful and fully professional piece of gear that is capable of warming and shaping signals/mixes in a way that is very pleasing to the ear.