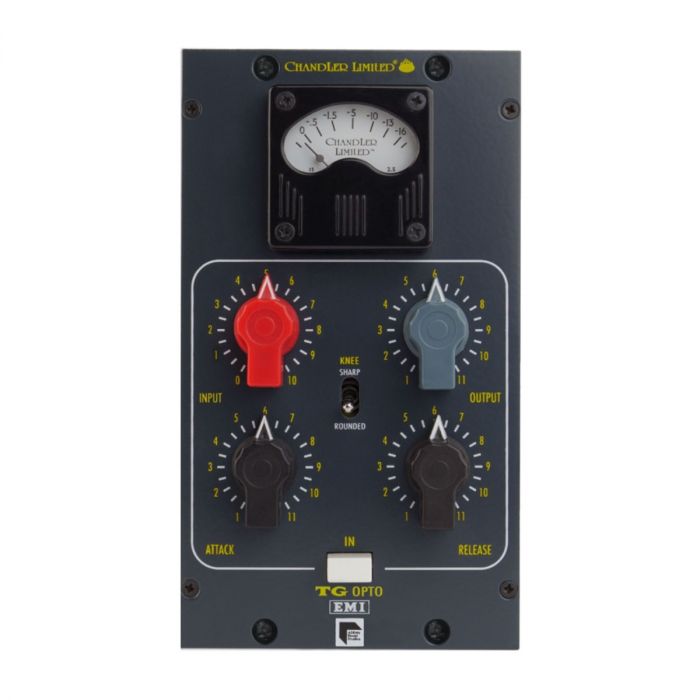 Used by producers, engineers, and musicians alike, the Chandler Limited EMI TG Opto is a 500 Series adaptation of the Opto compressor found in the TG12313 and developed under the licence of EMI/Abbey Road. The chicken head knobs are classic and timeless, making the TG Opto very familiar.

The TG Opto offers two personalities that are dependent on knee control. In the rounded mode, the compression is smooth and far less obvious, allowing it to control the source, but also seem transparent in the mix. When you are using the sharp knee, the TG Opto creates massive drum sounds, adding an unlimited amount of attitude and depth to your recording, also commonly used in parallel on vocals and guitars.

In addition to the knee control, this dual-slot 500 series compressor boasts input and output levels, attack, and release, all on continuous variable controls allowing for fine-tuning compression. It also includes true bypass.