Trigger 2 comes filled with a library of industry-standard drum samples from some of the most elite mixers in the industry. Trigger 2 is proficient in getting you big, professional drum sounds in mixes and tracks. 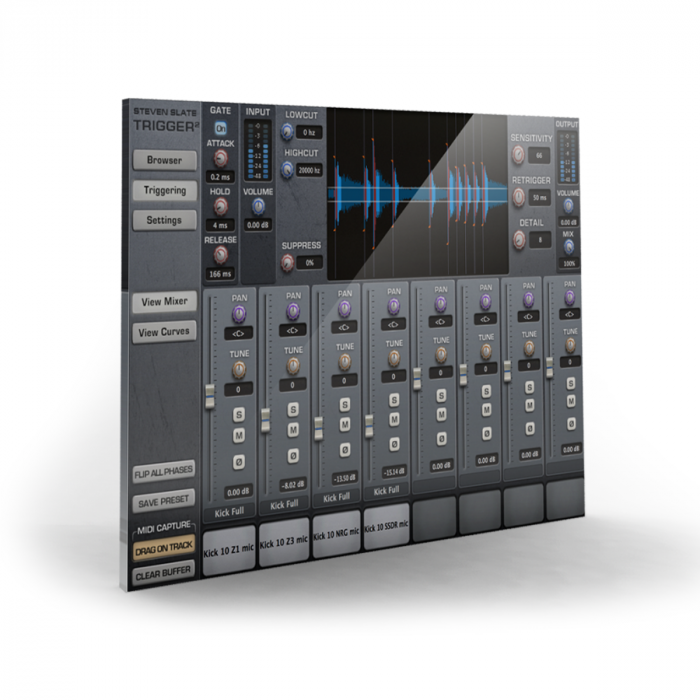 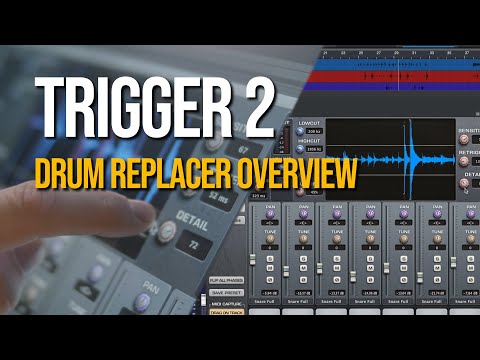 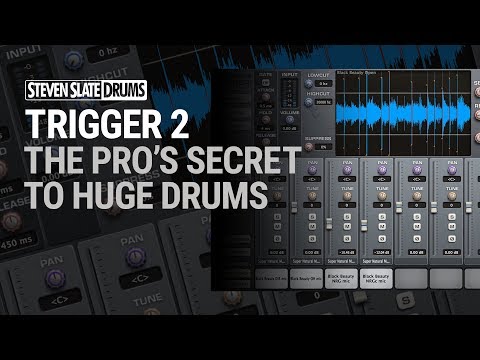 The audio industry’s not so secret weapon, Trigger excels at getting big, professional drum sounds in mixes. With an easy-to-use interface, you can quickly replace or augment kicks, snares, and toms in your recordings with a massive library of professional drum samples. Trigger’s phase accurate multi layered triggering engine lets you seamlessly trigger 8 stereo samples simultaneously such as a close mic sample, stereo overhead sample, and stereo room mic samples.

Alternatively, you can mix numerous direct mic samples to develop your own custom unique sounds. This multi-channel triggering functionality allows you to recreate the sound of natural drums with real multitracked samples. Each sample layer has parameters for customization such as velocity and dynamic control, attack, sustain, release and independent levels.

Trigger comes filled with a library of the industry-standard drum samples created by Steven Slate. Elite mixers such as Chris Lord Alge, Ross Hogarth, Justin Neibank, Dave Way, Jeff Juliano, Jay Baumgardner, Ben Grosse, David Kahn, Ryan Williams, and other top names have relied on Slate’s samples to help enhance the drum sounds in their mixes for many years. All the samples within Trigger are recorded to 2-inch tape and processed with the finest in vintage and modern analogue gear. Trigger can also load expansion libraries such as Steven Slate Deluxe, Chris Lord Alge, Terry Date, Blackbird Studios, and David Bendeth.

Trigger allows you to layer eight multi-velocity samples in its sample mixer. You can have multiple close-mic layers, overhead layers, room mic layers, and more, all of this in one sample instance. When using the classic mixer, you can craft the perfect final sample tone. The eight-channel mixer also allows you to create hybrid sample sounds using different drum samples and mixing them together.

Trigger’s proprietary leakage suppression allows you to send spill tracks to the plugin. It can intelligently ignore the leakage in a track, this allows you to get an extremely low-velocity sample replacement without mis-triggering.

MIDI in And Out

Trigger’s MIDI engine lets you trigger audio from MIDI and can turn audio tracks into MIDI tracks via drag and drop.