Order now, and this can be delivered by: Wednesday, February 08 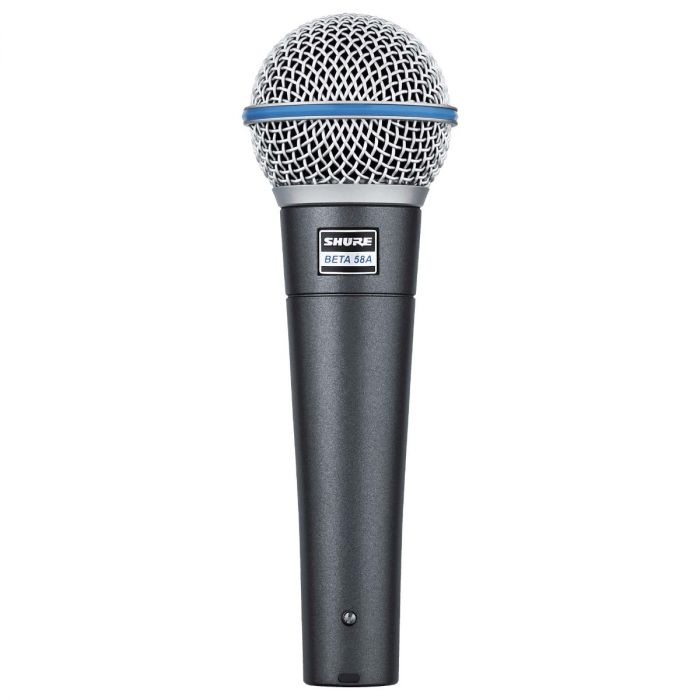 The Shure Beta 58A is a top-selling, single-element, dynamic microphone that can be seen every night on stages and in recording studios all around the globe. The Shure Beta 58A is precision engineered for delivering premium capture of vocals in professional live sound and studio recording applications. The Shure Beta 58A features a tailored frequency response, with a brightened midrange and bass roll-off, the Beta 58A will give the lead and background vocals a mighty presence in the mix with accentuated clarity, and with a slightly rolled-off bass response you won’t have to worry about the proximity effect tainting your sound.

The Shure Beta 58A features a tight super-cardioid polar pattern that ensures excellent capture of sound coming in the front and better rejection of sound coming in from the side and rear. The neodymium magnet provides higher output levels, so your sound is clear and everything else stays in the background with minimum off-axis tone colouration. Plus, with the spherical mesh grille, built-in pop filter and advanced pneumatic shock mount; no wind, vibrations or handling of the microphone will be captured during use. The Beta 58A picks up your voice and your voice only.

As tough as nails

Like all Shure products, the Beta 58A features Shure’s legendary build quality and durability. Built from an all-metal construction using a combination of heat and water-resistant adhesives the Beta 58A with undoubtedly withstand any treatment for years to come. With the Beta 58A, you can have total faith and confidence in its durability, run it over, freeze it, cook it, dunk it in water, throw it off a 7-storey building and it will still work. Shure tried all the following to attempt the break one and couldn’t do it.

The Shure Beta 58A and SM58 are closely related cousins in Shure’s world, and while they both share a similar name, they do have quite a few differences that are worth pointing out that may not be clear on the surface. The Beta 58A is no doubt an upgrade compared to the SM58 for many applications, but in some scenarios, these upgrades can be a hindrance. In the end, it all comes down to taste and application: