If there is a single piece of analogue processing equipment that is synonymous with SSL, it must be the SSL Bus Compressor. From the very first commercially released SSL 4000 B console in 1976 and through many generations of SSL consoles that have followed, the Bus Compressor has always been the stalwart of the console centre section.

For many of the world’s top engineers and producers, the Bus Compressor continues to be the most relied upon processing tool for making mixes sound bigger and more complete, with drive and energy from adding that legendary SSL glue and punch.

Solid State Logic now bring us THE BUS+, the ultimate and most versatile incarnation of the Bus Compressor ever! 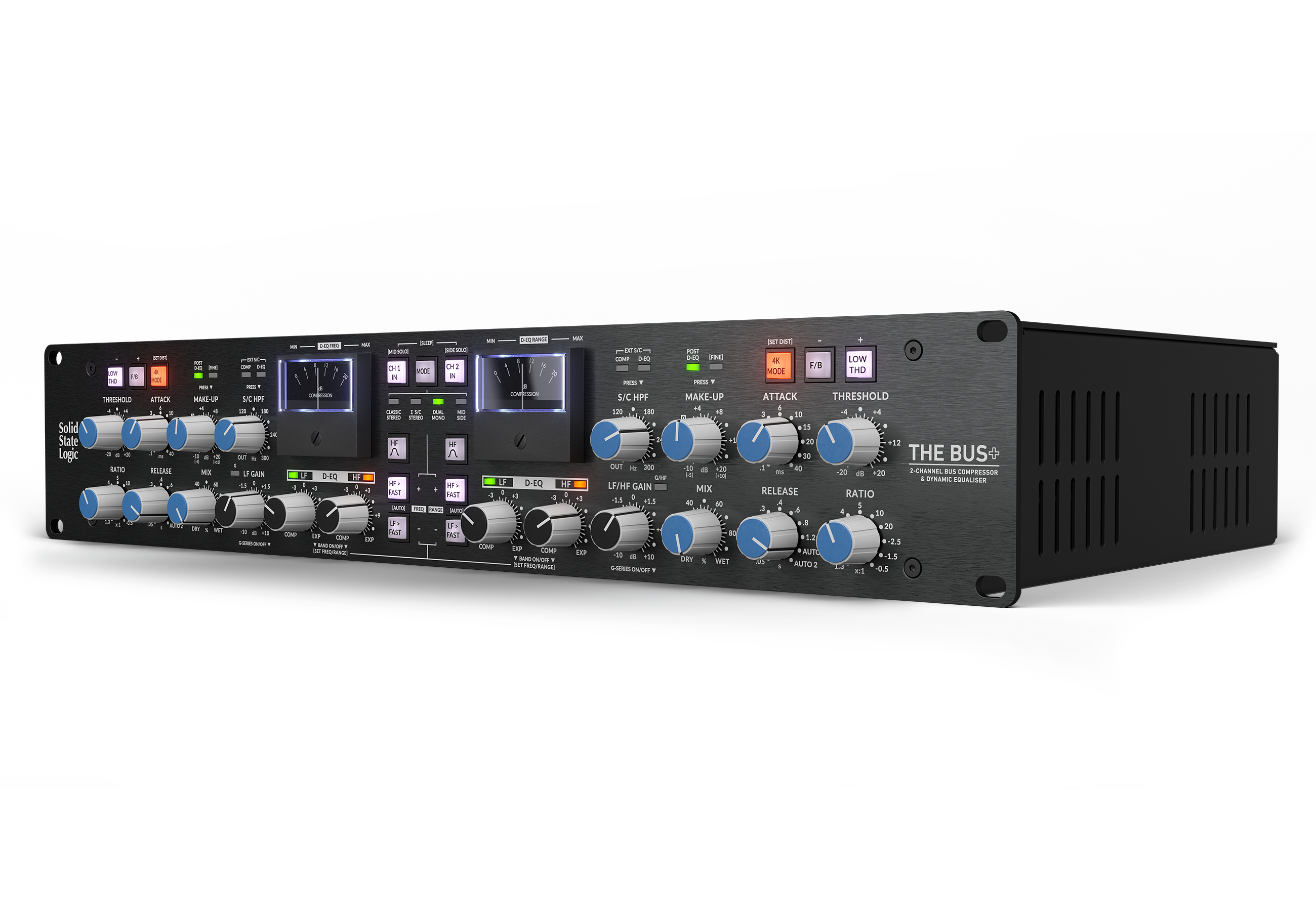 THE BUS+ circuit design not only utilises high-grade components, such as the 2181 THAT VCAs in the audio path for superior analogue performance, it is also incredibly flexible, offering four modes of operation and 3 distinct compression colouration options that can be combined to perfectly suit the genre you’re working on.

As if that wasn’t enough, THE BUS+ features an all-new Dynamic Equaliser, a Transient Expander and comprehensive connectivity and routing options.

With THE BUS+, Solid State Logic has been on a mission to create the ultimate and most versatile incarnation of the Bus Compressor ever. The bedrock of the design remains faithful to the original circuit and using this as the foundation, they’ve built upon it, adding several unique colouration options and advanced processing tools.

If you need it to be clean and punchy like the SuperAnalogue TM 9000 Series version, it can be. If you need it to be gritty and grungy like an early 4000E, it can do that also. Or if you need over-the-top, saturated parallel compression for the drums, THE BUS+ has got you covered.