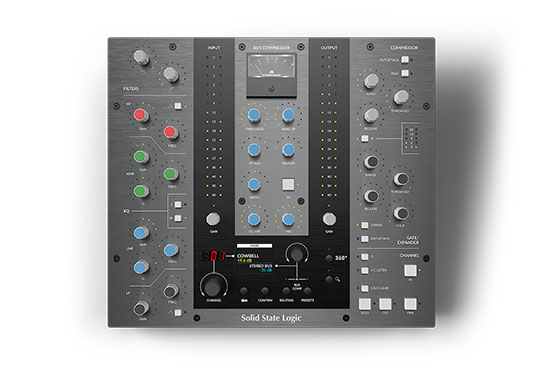 SSL announce the release of the UC1 Channel Strip and Bus Compressor Controller.

Following on from the recent success of the newly launched UF8 advanced DAW controller, Solid State Logic now present us with the next level in hardware plug-in control with the UC1. SSL have built on decades of unique knowledge of console ergonomics and production workflows when designing the UC1, as it delivers simultaneous multi-function control of the included SSL Native Channel Strip 2 and Bus Compressor 2 plug-ins within your DAW session.

The UC1 from Solid State Logic is a hardware plug-in controller like no other on the market today. Featuring dedicated knob-per-function Channel EQ and Dynamics control, a centre section featuring full Bus Compressor controls and authentic moving-coil gain reduction meter, the UC1 offers the most creative, intuitive, and ultimately effective way of controlling the new SSL Native Channel Strip 2 and Bus Compressor 2 plug-ins within your DAW session.

Full licenses of SSL Native Channel Strip 2 and Bus Compressor 2 plug-ins are included with the UC1. Channel Strip 2 is a fully-featured Channel Strip, based on digital modelling of the EQ and Dynamics curves from the legendary XL 9000 K SuperAnalogue console. V2 adds SSL’s proprietary anti-cramping algorithms and the ability to trigger the dynamics sidechain externally. Bus Compressor 2 adds a tonne of user requests, with additional Ratio, Attack and Release options, the ability to trigger the sidechain externally, as well as x2 and x4 oversampling.

Solid State Logic have established themselves as the benchmark standard when it comes to studio ergonomics and workflow and the UC1 draws on decades of analogue and digital console design to help develop an intelligent and deeply integrated SSL plug-in control surface that allows you to focus solely on your production goals and not the process.

The UC1’s layout of encoders, switches and colour groupings offers you the famous, professional SSL console ergonomics that seamlessly integrated with their most advanced Channel Strip and Bus Compressor plug-ins to date. Multiple parameters can now be controlled simultaneously and precisely, equipping you with a production tool that nurtures your muscle memory, while providing you unmatched sonic flexibility with operator confidence and inspiration.

SSL have meticulously designed every detail of the UC1 to keep you in total control and to keep you informed at all times of how your mix is reacting to processing. With the UC1 you’ll be able to move quickly between the Channel Strip and Bus Compressor directly from the surface with the dedicated front-panel encoders and accompanied high res onboard display while loading pre-sets and altering the Channel Strip process order.

At the heart of the UC1 system is the SSL 360° Plug-in Mixer, where you’ll be able to view and control all of your Channel Strips and Bus Compressors in one place. 360° Plug-in Mixer offers an efficient way of interacting with multiple plug-ins simultaneously, making for a more optimised user experience by bridging the gap between console and in-the-box workflow.

The UC1 provides you with dedicated controls for all the key Channel Strip 2 plug-in parameters. EQ, Filters, Compressor and Gate/Expander controls offer the same configuration and visual feedback as found on large-format SSL consoles, allowing you to quickly home in on your channel processing sweet spot.

At the heart of the UC1 are Bus Compressor controls. Its authentic layout and metering feels like you’re controlling a hardware bus comp built into the centre section of an SSL console. With a classic moving-coil gain reduction meter as found on SSL consoles since the 1970’s, it represents the Bus Compressors time constants and gain reduction characteristics perfectly for producers and engineers to know exactly how it’s reacting with their instruments, subgroups and of course mix bus. 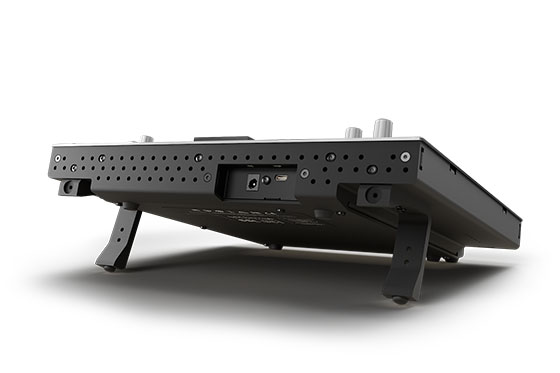