Order now, and this can be delivered by: Monday, October 03 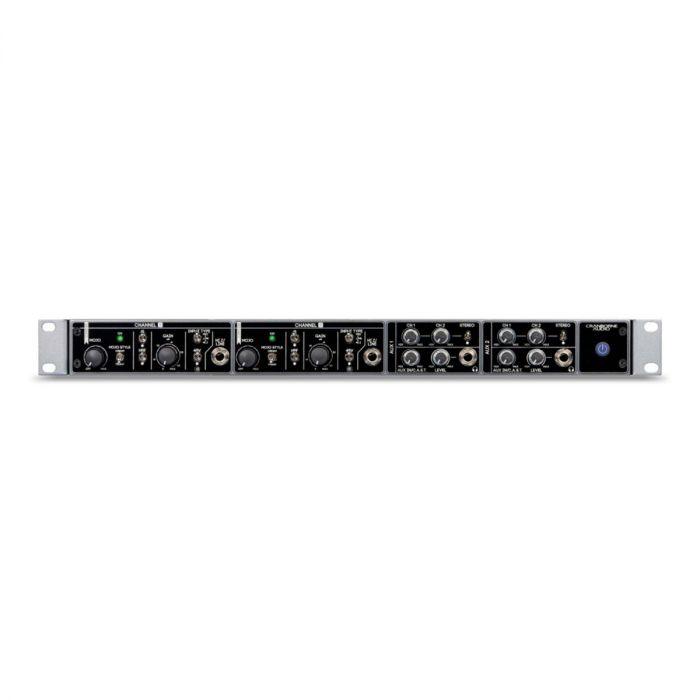 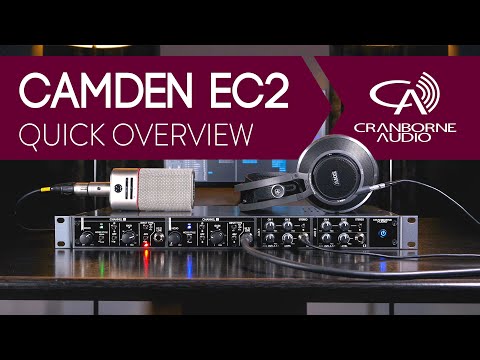 Based on the award-winning Camden 500 Preamp and Signal Processor for the 500 series lunchbox format, Camden EC2 combines the sonic capabilities of one of the market's cleanest and most transparent preamps with the flexibility of a standalone, 1u, 19” chassis that can integrate into any recording setup with or without 500 series connectivity.

Use Camden EC2 to capture your audio sources with complete transparency; boost low-sensitivity microphones without adding noise and colouration; and capture instant and coherent transients without phase shift that cause summing abnormalities. Camden EC2’s preamps exhibit performance specifications that rival (and in most cases, exceed) the most revered ‘transparent’ preamps on the market.

The 12-way rotary Gain switches for each preamp provide perfect stereo matching for stereo mic’ing setups and its dedicated mic, line, and hi-z input modes allow Camden EC2 to not only become your go-to mic preamp, but also a line-level saturator and dual-channel DI thanks to dedicated ¼” jack Link outputs for each channel.

Using its Mojo analogue saturation controls, both of Camden EC2’s preamps transform from extraordinarily clean, natural, and precise sounding, into thick, gooey, and vintage-sounding preamps at the turn of a dial.

Unlike transformer or valve-based preamps, Mojo’s saturation is completely variable allowing you to dial in the amount of saturation you need for each source. Keep it at 3-4 for authentic preamp saturation or crank it up to 11 for a more exaggerated effect!

Perhaps most crucially and unlike transformer-based preamps, when you need something clean and transparent for a particular session/source, Mojo can be completely bypassed and removed from the signal using the pots’ built-in, true-bypass switch to reveal the true clarity of the Camden preamp design.

Record through Mojo to apply instant analogue colouration during tracking or send line-level sources through the Mojo to add vintage colouration to your DAW tracks or stereo bus during the mix phase.

Monitor the preamp signals directly using headphones during mic placement to find the sweet spot of the instrument/source or create zero-latency artist mixes by combining the preamps with external playback from the Aux Input jacks on Camden EC2’s rear panel.

With its extraordinary hi-z circuit and dedicated ¼” jack Link outputs for each channel, Camden EC2 is the perfect tool for re-amping bass and electric guitars.

Simply connect your instrument to one preamp using its hi-z input, connect the ¼” Link output of that preamp to your amplifier/effects pedals and capture that signal using the second preamp. With both the dry DI and wet amplified signals recorded simultaneously using both preamps on Camden EC2, you can process the affected signal further or re-amp the dry DI signal at a later date.

Connect Camden EC2’s C.A.S.T. OUT port to Cranborne Audio’s 500R8 or 500ADAT, and you can send Camden EC2’s preamps directly to the interface's inputs ready for further processing and recording. At the same time through the same cable, 500R8/500ADAT transmit their built-in monitor mix directly to Camden EC2’s headphone mixer for monitoring.

This allows 500R8/500ADAT users to relocate their Camden EC2’s preamps and headphone amps into the live room using a single Cat 5e, Cat 6, or Cat 7 cable whilst freeing up 500 series slots in 500R8/500ADAT for more EQ and Compressor modules and extra processing before hitting 500R8/500ADAT’s converters.

Connect Camden EC2’s C.A.S.T. IN port to Cranborne Audio’s N22 or N22H and you have a cost-effective analogue snake - use N22 or N22H to easily relocate Camden EC2’s preamp inputs to a remote location such as a vocal booth, live room, hallway, or reverb chamber using Cat 5e as cheap, high-quality, analogue multicore.

Meticulously Designed and Engineered in the UK

With an abundance of I/O available, Camden EC2 facilitates the maximum amount of flexibility with all 3rd party audio interfaces and recorders by including dedicated XLR outputs, Impedance balanced 1/4” jack outputs, and Link outputs when using Camden EC2 as a DI.

So much more than two Camden 500’s in a metal box, Camden EC2 is another Cranborne Audio product engineered and designed under the team’s watchful eyes. Camden EC2 features elite audio specifications and application-based features that defies its price tag and is accessible for professional, project, and home studio engineers.