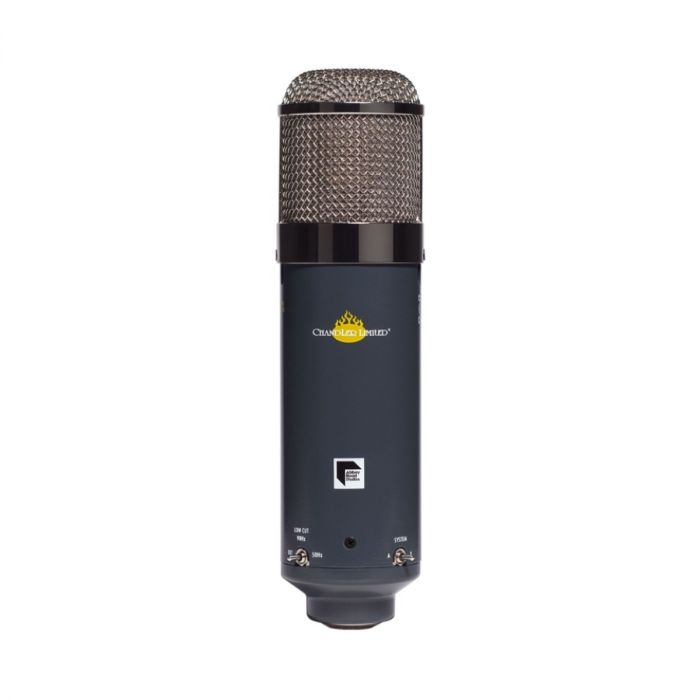 The Chandler Limited EMI Abbey Road Studios 'TG Microphone' is a solid-state large diaphragm condenser microphone. Continuing the rich tradition of innovation, the TG Microphone is unique in its feature-set, isn’t a clone of any other microphone, and as the name implies, the sound is TG.

The TG Microphone’s unique onboard EMI ‘Tape Equalizer’ section combined with its ‘Dual Tone System,’ dual-frequency low-cut filter, dedicated power supply unit (PSU) and other features create an extremely flexible microphone capable of rivalling scenarios where the C414, FET47, U87, and U47 traditionally have found favour.

The on-board Tape Equalizer is adapted from the NAB/IEC tape equalizer facility found on vintage EMI TG12410 transfer consoles or mastering consoles and applied with great effect in the TG Microphone. Historically used to compensate for tapes played back on machines of the opposite standard, the repurposed tape equalizer allows the engineer to shape the sound at the source and mitigates the need for downstream processing.

The Dual Tone System modifies the input stage of the TG Microphone and extends the versatility of the microphone to accommodate a greater array of sources. System ‘A’ is what you’d expect, TG mid-forward, while the alternate ‘B’ voicing is more pristine, takes extreme SPLs and is at home wherever a FET47 would be the choice.

The microphone’s specialized Low-Cut filter in combination with Tape Equalizer work together to create a super-set of 5 additional tonal variations available from the mic. The Low-Cut filter is frequency selectable at 90 Hz or 50 Hz.

The TG Microphone makes use of multiple TG amplifier circuits, however, unlike the heralded REDD Microphone, does not feature an internal preamp.

Two polar patterns are provided with a choice of omnidirectional and cardioid as well as a -10dB switchable via the external power supply. Other included accessories include a shock mount, 25’ Mogami 4-pin mic cable and wooden case.