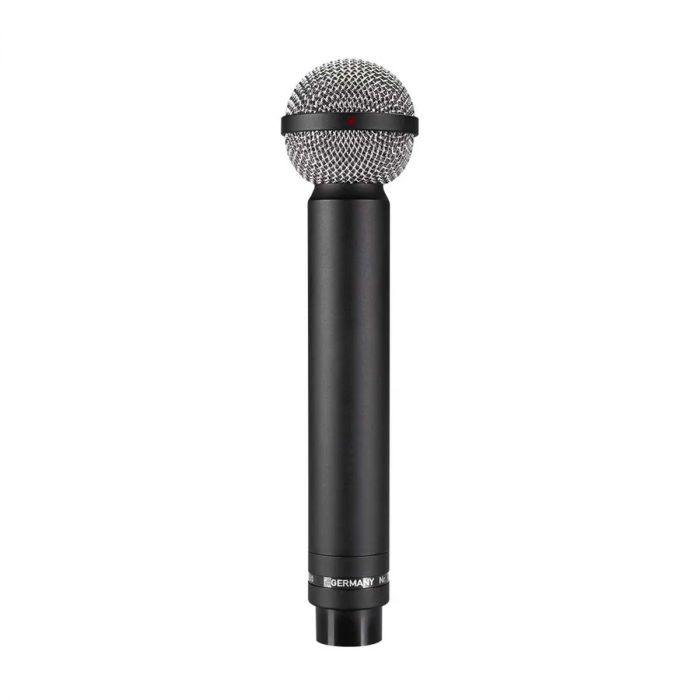 The M160 is a multiple award-winning ribbon microphone and is the true star of the M series: Delicate workmanship teams up with precision components in this microphone. The M160 is fondly called a gem, for obvious reasons. The microphone has refined hit after hit for decades with its fantastic sound: Good bass response, warm mid-ranges and silky highs meld together in a special vintage sound. Anyone who knows anything about this microphone is certain of one thing: The M160 is without equal.

The defining feature of the M160 is its directional patterns. While most ribbon microphones rely on the figure 8 polar pattern, the M160 distinguishes itself from hyper-cardioid. It is less sensitive to ambient noise as a result because it lowers noise suppression at 110° by 25 dB and captures less noise from behind. It puts on quite a show on stage as well.

The characteristics of the M160 gently and elegantly reproduce raw sound sources. For this reason, it makes sense to select a very distorting guitar amplifier.

A favourite of electric guitars and drum kits

Having made its name on popular recordings with guitar amplifiers and drums, the M160 has proven itself to be a standout performer. On the drums, it shows off its skills by capturing the entire set, thanks particularly to its ability to reach the deep drums quite well.

The M160 was inducted into the NAMM TEC Awards Technology Hall of Fame in 2019 for its contribution to the advancement of audio technology.

Our double-ribbon microphone M160 exemplifies world-class craftsmanship. From the very beginning, the M160 has placed extraordinary demands on the people who produce it – from the precise strength of the pure aluminium ribbon and its exacting placement on the magnet shoe to the testing of vibration behaviour. All this hard work is ultimately reflected in the exceptional sound that is produced. Every microphone is a unicum thanks to the exacting form of precision known as "Made in Germany".