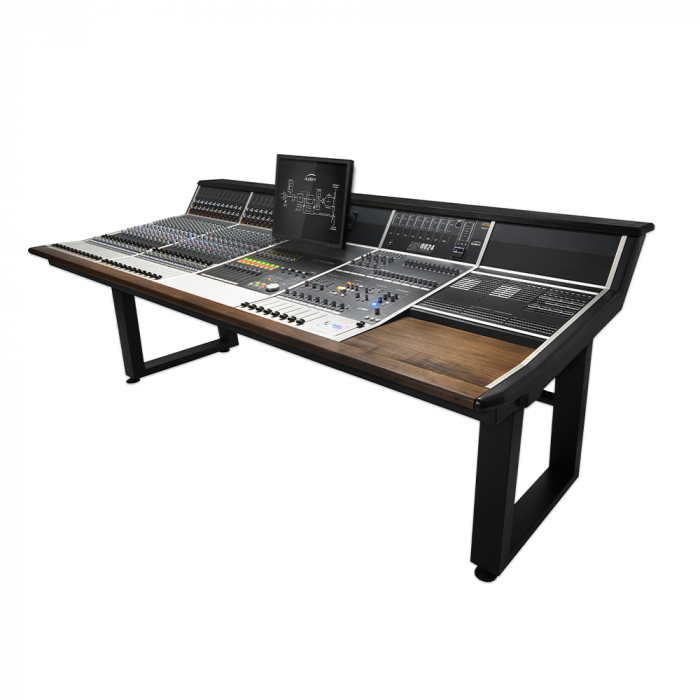 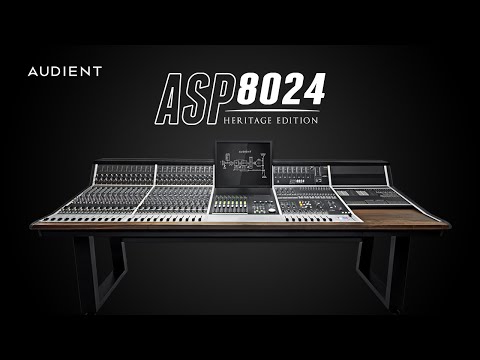 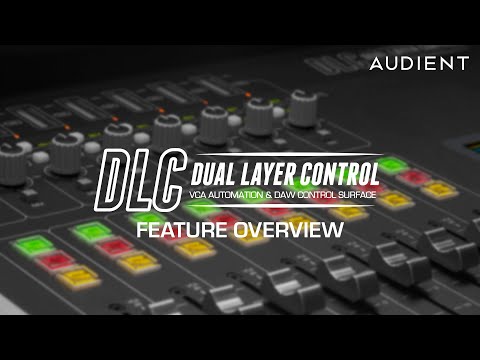 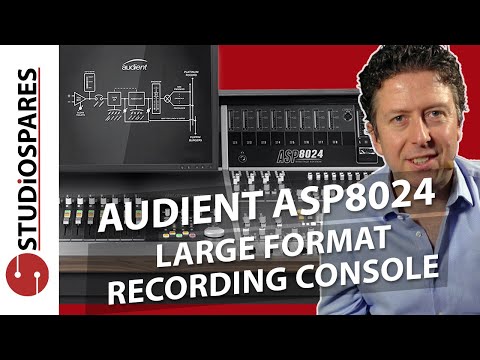 20 years in the making

Audient has returned to David Dearden’s roots to release the definitive version of the ASP8024, the Heritage Edition. 20 years ago, David set out to design an analogue recording console not knowing it would then become a modern classic and would be used all over the world in some of the world’s top studios. With the ASP8024 being in production for nearly 20 years, Audient have commemorated David’s phenomenal achievement with a reimagined twist on his classic design with all-new enhancements and features.

*This Audient ASP8024 HE listing is for the 12 channel version and does not feature the patch bay or the DLC (Dual Layer Automation & DAW Control). The pictures provided in this listing are demonstrational and are not the 12-channel model.

Audient are the only company that uses the same Class-A mic pre design throughout their entire product range. It doesn’t matter if you are in the recording studio with the ASP8024-HE or out on the road with an iD14, you’re always guaranteed the same world-class Audient sound.

By utilising an American style output amplifier, classic through-hole components and a British output transformer, Audient brings you RETRO IRON, a variable output mix bus with LOW BUMP and HIGH LIFT EQ. Based upon two consoles from David’s first job in 1967 at the now legendary Advision Studio in London, RETRO IRON adds punch and a unique ‘vibe’ to the consoles mix output. Whether you are simply tracking, summing a couple of inputs or crafting a full-blown console mix, RETRO IRON offers you that unique analogue console sound with a little bit of extra character that will put the final touch on any mix you are working on.

The Dearden designed EQ offers you two fully parametric bands that span from 40Hz to 20kHz, giving you incredibly powerful, punch and flexible sound options. These are flanked by low and high shelving EQ bands (with a minimal signal path) that are more than perfect for adding weight and air to your source, and when combined with the parametric EQ they can be used as the ultimate sculpting tool. You can also take advantage of the EQ as it can be split across both the short and long faders. An Audient exclusive feature.

Based on technology from the 1980s and 1990s, the ASP8024’s mix bus compressor has become synonymous with adding a rock and roll dynamic to your mix. Often likened to classic analogue boards, the ASP8024’s mix bus compressor provides that classic VCA ‘glue’ that will give your mix that ‘sounds like a record’ feeling. With improved circuitry and a slick new gain reduction VU meter for an improved visual feedback experience that will easily become the most useful tool in your studio arsenal. Plus, with the introduction of BASS EXPAND (a brand-new high pass filter in the compressors side chain) you’ll be able to tighten up your mixes and add punch without destroying your low end. Making it an ideal tool for bass-heavy productions.

With an impressive array of connectivity options, the ASP8024-HE will quickly become the hub of your studio. Whether you’re bringing in your DAW outputs, effect returns, monitoring devices and other line sources, the Heritage Edition provides ultimate flexibility for the modern recording studio.

Take control of your DAW session with the Dual Layer Control module. DLC provides creative DAW control and automation along with eight moving faders that can be banked across your entire session. DLC can also enable you to have 8 channels of VCA automation for adding movement and finesse during your console mix balances and more. A range of useful control features are also available including transport control, track record enables and plug-in selection/editing, all of which enable you to navigate your session with ease. Supports Pro Tools, Logic, Cubase & Nuendo.

The console's inline architecture allows you to start building your mix as you’re tracking. By using the long and short faders you’ll be able to create separate records and monitor balances on one channel strip, all whilst being able to access the console's splittable EQ and aux sends. Perfect for getting it right from the start.

As with all Audient products, you have a three-year limited warranty guaranteeing your further protection and peace of mind.