Availability: More than 5 in stock

Ships tomorrow if ordered in the next 7 hours and 12 minutes!

SKU
241100
Be the first to review this product
Bespeco MS16 Revolutionary 2 in 1 microphone stand, straight and with telescopic boom
Our price £89.99
Add to Wish List Add to Compare

Skip to the end of the images gallery 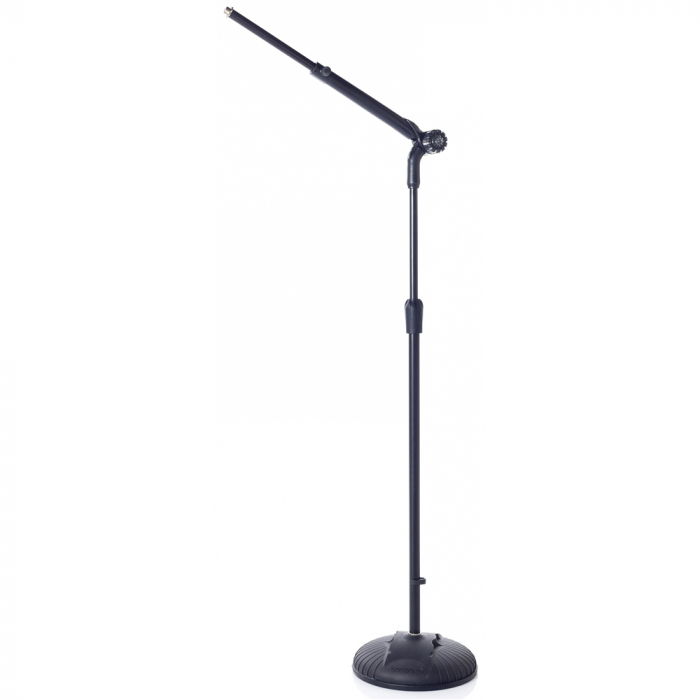 The Bespeco MS16 is a revolutionary 2 in 1 microphone stand that features both a straight and telescopic boom available exclusively from Studiospares.

The MS16’s main feature is its unique 270° arm rotation, giving you a wide array of applications it can be used for. Its impressive arm rotation means it will be your go-to stand of choice for whatever the application. The arm's rotation is operated by releasing the rubber-coated knob, then tighten when adjusted into the desired position.

The MS16 also features a telescopic boom which allows you to adjust the distance of the microphone from the stand. The telescopic boom is operated by releasing the support knob and retightening when adjusted.

All of the components on the MS16 are ergonomically designed with rubber coatings to maximise ease of use and security when adjusting.

The base of MS16 is composed of cast iron and covered with a stylish ABS top and then assembled on top of a rubber base. With its cast-iron construction, the MS16 will provide exceptional support and stability while on stage or in the recording studio.

Lastly, the MS16’s base houses acoustic isolation for the microphone stand, meaning any floor noise from the base won’t be travelling up the mic stand to be captured by the microphone.

Overall, the Bespeco MS16 is a high-quality easy to use microphone stand. Its build properties make this microphone ready and able to withstand any abuse on and off the stage. With its unique 270° arm rotation, this microphone offers a lot more versatility than other traditional mic stands on the market. Bespeco is perhaps the Ferrari of microphone stands and you get what you pay for, which is an unrelenting high-quality stand built to last.


If you need help, please feel free to give us a call and one of our pro audio sales advisor will be with you shortly.

Or links to some of the great content Studiospares has available such as product guides or blog articles.