Order now, and this can be delivered by: Thursday, October 22

The NT2-A follows the same professional design and features as the NT2 such as its large 1” gold capsule that incorporates three polar patterns and pad and high pass filter switches on the body. 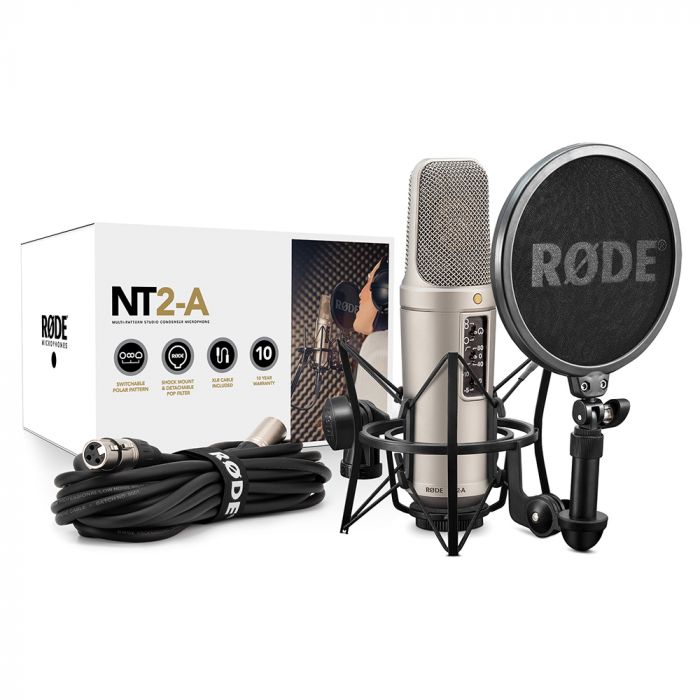 The RODE NT2-A is the follow-up and replacement to RODE’s incredibly popular NT2 microphone. The NTA-2 is now 100% designed and manufactured in Australia, as opposed to the NT2 being manufactured in China. With this move RODE has now severed ties with Chinese manufacturing and can proudly fly their “Made in Australia” flag along with all their products.

The NT2-A follows the same professional design and features as the NT2 such as its large 1” gold capsule that incorporates three polar patterns and pad and high pass filter switches on the body.

The RODE NT2-A houses cardioid, figure 8 and omnidirectional polar pattern switch, that makes this mic more than able to keep up with any recording situation you throw at this microphone. Its cardioid polar pattern will be excellent for vocal recording applications as the capsule will only pick up sound from the front and will reject any sound reflections from the rear, giving you crystal clear recordings free of noise. The figure-8 pattern will be ideal for applications like podcasts, as the capsule will pick up sound from both the front and the rear. Lastly, the omnidirectional pattern will excel in choir style recoding applications that require full 360-degree coverage.

The frequency and transient response of the microphone’s transducer has been voiced to be more than complementing to today’s modern recording techniques but also evoke the silky-smooth characteristics of mics from the 50s and 60s. With a frequency range of 20Hz to 20kHz there is nothing the NT2-A won’t be able to capture with the highest and most accurate of fidelities, making this one of the most versatile condenser microphones on the market today.

Such versatility doesn’t stop with polar patterns with the NT2-A. During any of your recording sessions if you find the signal to be coming into the desk from the microphone is a touch too hot, the NT2-A has a pad switch for 0dB, -5dB to -10dB reduction to combat against this a save you from any distortion on your recordings.

The NT2-A also features a three-position variable high-pass filter. That can be used to take away low-frequency noise like mic stand bumps and help reduce against the proximity effect (if you have a vocalist who is particularly close to the mic during recording). The included SM6 shock mount will also help to keep low-frequency noise to an absolute minimum. The switch ranges from flat, 40Hz and 80Hz, giving you plenty of adjustabilities to shape the sound you are recording.

Upon purchase, the following can be expected: 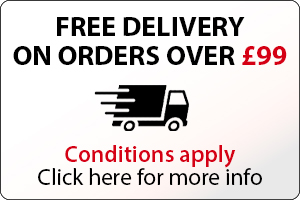 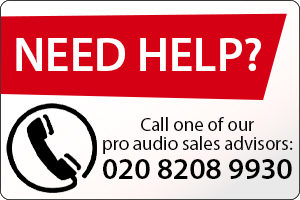 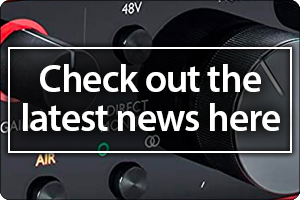